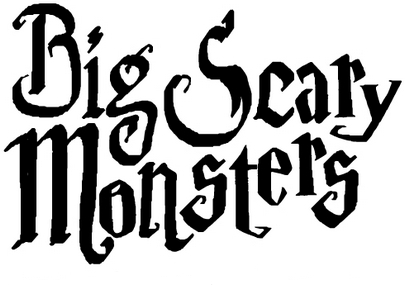 Another British label to be featured in our Label of the Week series is Oxfordshire based Big Scary Monsters. Started by Kevin Douch when he was in school, the label has built itself a solid reputation of releasing music by a very diverse range of artists that often don't quite seem to slot into any obvious scene or genre. Party enthusiast [mp3com-artist]Andrew W.K[/mp3com-artist]. sits proudly on the label alongside the chaotic noise of Pulled Apart By Horses, whilst Sam Duckworth's Get Cape. Wear Cape. Fly is also able to boast the BSM badge.  All three artists have gone onto wide spread acclaim, with Andrew W.K. recently bumping up the venues on his upcoming UK tours to accomodate the demand for tickets. Delving in the label's alumni list shows an even greater sense of exploration of artists. Heralding artists such as Yndi Halda and Jeniferever shows a close affinity to the ever-prolific post rock genre - a far cry from the manic hardcore of the now defunct Chariots who also had BSM firmly behind them. A suitably eclectic mix of free music has been given to us by the label to give away - check out their three spotlight artists below and grab a free download from each:

[mp3com-artist]Kevin Devine[/mp3com-artist] - Between The Concrete & Clouds New York singer-songwriter and musician Kevin Devine released his sixth album in September last year with the support of Big Scary Monsters. 'Between The Concret & Clouds' is the title track from that album and features Kevin's trademark introspective lyrical style, giving distinct nods to bands such as Death Cab For Cutie and Jets To Brazil. His sixth album clearly wasn't enough to satisfy his creative output as he recently released a cover of the entire Nevermind album by Nirvana which he gave away as a free download on his website. Click HERE for a free download of "Between The Concrete & Clouds"

[mp3com-artist]Tall Ships[/mp3com-artist] - Plate Tectonics A much more atmospheric affair comes in the form of "Plate Tectonics" by Cornwall trio Tall Ships. A fuzzy and reverb-drenched post-rock influence ties in effortlessly with more indie-based grooves that make sure the band stay nicely accessible - also allowing them to tour with acts such as Minus The Bear and 65daysofstatic. This track comes from their 2010 EP There Is Nothing But Chemistry Here - a joint release between Big Scary Monsters and Blood and Biscuits. Click HERE for a free download of "Plate Tectonics"

[mp3com-artist]Cursive[/mp3com-artist] - The Sun and Moon Cursive are by far the longest running of the three artists on show here. The indie four piece from Nebraska have given us the above track from their upcoming release I Am Gemini. The album will be their seventh full-length and see's the band continuing with their off-kilter guitar and vocal melodies coupled with their unpredictable song structures to create an intriguing listen. Click HERE for a free download of "The Sun and Moon"

Click HERE to see more label profiles and more free downloads on MP3.com and click HERE to find out more about Big Scary Monsters and their releases on Last.fm.