Label of the Week – Captured Tracks 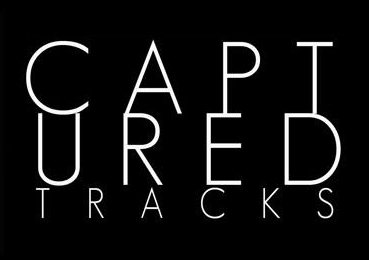 Brooklyn based label Captured Tracks has been in operation since late 2008. Founded by Mike Sniper, the label has produced well over 100 releases mostly encompassing limited 7” singles and 12” EPs. Captured Tracks is responsible for launching a gamut of new bands that range from Wild Nothing to Blouse as well as reissuing old gems that had been buried in the crates too long, such as The Monochrome Set, The Wake and The Cleaners From Venus. Sniper seeks out the unknown and takes in a divergent range of artists from all over the world. Currently there are 20 bands signed to Captured Tracks including Thieves Like Us, Blank Dogs, The Soft Moon and Widowspeak. With soon to be released box sets from The Wake, The Cleaners From Venue and Medicine on the horizon Captured Tracks is heading into 2012 with no signs of slowing down.

[mp3com-artist]Thieves Like Us[/mp3com-artist] - Maria Marie Right at home on their new label Captured Tracks, Thieves Like Us plan to release their new LP on 20th March. Renowned for creating funk driven electro ‘Maria Marie’ does not disappoint but rather makes it difficult to describe! Click HERE for a free download of 'Maria Marie'

[mp3com-artist]Half String[/mp3com-artist] – Eclipse Formed in the Fall of 1991, Half String created a lush, guitar-driven brand of noise pop. While the group shared an aesthetic with much of the British shoegaze scene, and occasionally recalled the spirit of early 4AD and Factory Records, they certainly carved out a beautiful noise all their own. Captured Tracks will be releasing a compilation of Half String tracks titled ‘Maps For Sleep’ on March 20th. Click HERE for a free download of 'Eclipse' Click HERE for more Label of the Week features and click HERE for more info about Capture Tracks on Last.fm.