Montgomery Gentry: Free MP3 Download Of “Where I Come From” 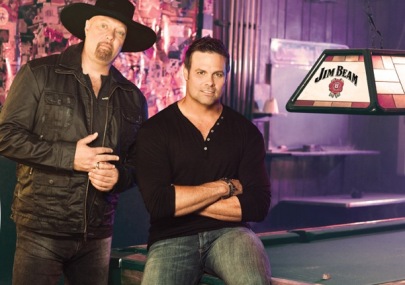 Back in 2000, on the strength of their debut album Tattoos and Scars  Montgomery Gentry swiped the CMA award for Duo of the Year from country legends Brooks and Dunn - no small feat considering Brooks and Dunn had won the award for eight consecutive years. Since then, the duo of Eddie Montgomery and Troy Gentry have release five more studio albums and are on the verge of releasing their sixth this fall. http://www.youtube.com/watch?v=7iDwzIB6Pn0 Titled Rebels on the Run, the album brings more of the rowdy, rebellious tunes that Montgomery Gentry built their name on.  On their lead single "Where I Come From" they are defiantly proud of their small town America values and culture. In the face of an ever changing world they take pride in the traditions of their hometowns. Montgomery sings: If you ain’t ever took a ride around And cruised right through the heart of my town Anything you say would be a lie We may live our lives a little slower But that don’t mean I wouldn’t be proud to show ya’ Where I come from The dramatic music video pairs the song with footage of soldiers fighting in the Middle East, suggesting that the idea of "where I'm from" is representative of the freedoms our soldiers are fighting to protect. The song , with is hard hitting chorus and catchy guitars shows Montgomery Gentry still passionate about traditional American ideals and still on top of their musical game. [mp3com-download url="http://files.radio.com/downloads/time-based/montgomery-gentry.mp3 " artist="Montgomery Gentry" song="Where I Come From" expiration="06/30/2013" email="none" year="2011" label="Average Joes Entertainment Group"/]

Free MP3: bentcousin, “Think I Like Your Girlfriend More Than You”