Erik Larson And Peacemaker, “Straight From The Bottle” 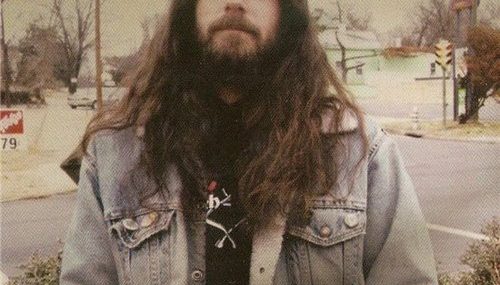 Hailing from Richmond, Virginia comes [mp3com-artist]Erik Larson[/mp3com-artist], singer, songwriter and guitarist who knows exactly how to write-up a good old-fashioned country rock record. "Out there where the river runs/There lies a smoking gun. Four day of demons breeding/Man, I couldn't see anything." So begins the picture painted with Today's Free MP3 of the Day, "Straight From The Bottle," taken from the album Erik Larson and Peacemaker. "That's where I put her down," he continues in a song that's as frightening as it is alluring (kind of like watching Deliverance with a soundtrack by [mp3com-artist]Steve Earle [/mp3com-artist]and [mp3com-artist]Drive By Truckers[/mp3com-artist]). Now based in Austin, Larson and his band (bassist Billy Chainsaw, guitarist Joe Eddy Hines and drummer Hector Munoz) continue to channel the likes of Earle and Cash and Jennings into their own breed of country-born rock and roll. If you're in Wimberly, CA on New Year's Eve, catch 'em at the Cypress Creek Cafe for an 8PM show. [mp3com-download url="http://freedownloads.last.fm/download/203414122/Straight%2BFrom%2BThe%2BBottle.mp3" artist="Erik Larson" song="Straight From The Bottle" expiration="03/31/2012" email="none" label="Erik Larson"/]